“I believe in one God, the Father Almighty, Maker of heaven and earth, and of all things visible and invisible.  And in one Lord Jesus Christ, the only-begotten Son of God, begotten of the Father before all worlds; God of God, Light of Light, very God of very God; begotten, not made, being of one substance with the Father, by whom all things were made.”  – The Council of Nicaea, 325 AD

Every now and then someone asks the question, “When did people first believe that Jesus was God?”  This question is at the foundation of Dan Brown’s bestselling novel The Da Vinci Code, arguing that the first claims of Jesus’ divinity were made at the Council of Nicaea under the orders of Emperor Constantine to manipulate and unify his empire under one religion morphing paganism and the teachings of Jesus.  Though riddled with inaccuracies its impact is seen in the skepticism of our current day. So, here is the critical question…is there any truth to the claim that the early Church invented Christ’s Divinity at Nicaea? Absolutely not!

The truth is, the earliest heresies combated by the Church held a variety of views regarding the divinity of Jesus. Take a deep breath—let’s dive into some of them.

Ebionites: Ebionites believed Jesus was the Jewish Messiah prophesied throughout the Hebrew Scriptures, sent by God to renew the covenant with God and rule the Kingdom of God.  They kept Jewish Law and ate a vegetarian diet to avoid meat sacrificed to an idol.

Adoptionism:  There are two versions here: 1) the unborn child of Mary and Joseph was chosen by God to be a vessel for the Spirit of God to enter and 2) Jesus was a good man chosen by God and the Spirit of God entered at the point of his baptism.  In both versions, Jesus was a man with the Christ Spirit coexisting within him, controlling his actions for a time. While on the cross, the Christ Spirit departed from him, prompting the man left behind to say, “My God, why have you abandoned me?”

Docetism:  This term means “to seem,” as in, Jesus simply seemed to be human but he was actually 100% divine being.  This is actually the earliest of the heresies regarding the divine and human nature of Jesus.

Marcionites:  Marcion claimed that Jesus Christ was in fact a divine being far superior to the God of the Hebrew Scriptures who was an enslaver of all people while Jesus was the liberator of the world.  Jesus was not human at all and his power was without comprehension. Marcion first organized a selection of Christian Writings, choosing the works of Paul and an edited version of the Gospel of Luke as both of these were less influenced by Jewish thought.

Gnosticism: In The Da Vinci Code, Dan Brown claims the Gnostics are the true keepers of the traditions of Jesus but were suppressed by the Council of Nicaea and Emperor Constantine.  He claims they held onto the teachings that Jesus was a Jewish man in the royal bloodline of David who married Mary of Magdala, of the French (Gaul) royal family and that the blood and flesh of the early tradition was his unborn child in the grail of Mary’s womb.  The problem is that this is not remotely what the Gnostics believed. The Gnostics, like Marcionites, were Docetists. According to Gnosticism, there was one great god who spawned two great divine beings from within: one is a feminine being and the other was the Son who came to earth to defeat an ignorant lesser being who erroneously believed that he was a great god.  That god, represented in the Hebrew Scriptures, enslaved divine beings into flesh prisons. The Son came to set the souls free through secret knowledge that is revealed, not taught. Gnostics did not have their own churches, rather, they infiltrated Christian congregations and sought to destroy from within, the teaching that Jesus was both divine and flesh, the son of the God of the Hebrew Scriptures and of Mary.

Jesus said, “I am the good shepherd.  I know my own and my own know me.” (John 10:14) Works like The Da Vinci Code prey upon those who do not know Jesus and upon those who have questions and doubts. We as God’s people are to expose the lies of Satan, the deceiver, the enemy of God.  Rather than ignore heretical teachings, we must confront them as the early Church did before we are destroyed from within. Many false “gospels” still exist and we are to confront them as did the early Church to preserve truth for future generations.

The best lies have a little truth and great deceivers expertly craft these threads together until truth and lie have become one. However, the true Gospel as it’s stated in the Bible can be trusted fully and we can know that Jesus is who he says he is. There are many convincing proofs contained in Scripture, and we can know that because the Gospels were written down within the first generation of Jesus’s resurrection, many of these heresies can be disproven with the true Gospel, given to us by God.

Brent Silliman is a member of Living Hope Church. 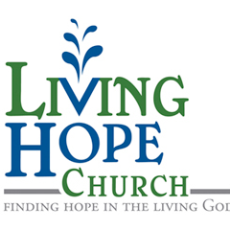 Tim Dance is the lead pastor at Living Hope Church.

This site uses Akismet to reduce spam. Learn how your comment data is processed.